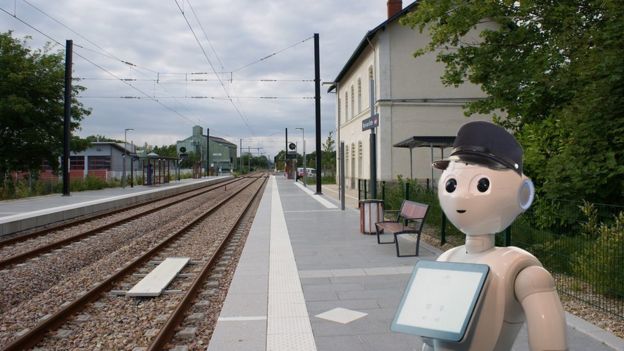 While it may sound like the start of a dystopian movie the Dubai government wants robots to make up 25% of the police force by 2030.

PAL Robotics ,the company behind the robot explained it was more of a tourist guide than police officer.

“This robot joined the Dubai police to help citizens in an innovative and engaging way, and it is located by now in tourist attractions and shopping malls,”

“The robot can provide useful information in multiple languages thanks to its software, and can also guide people to a requested point of interest.

“Besides, it is a tool for citizens to contact the Dubai Police call centres by using the microphones integrated into the robot, and people can use other police-related services through it, such as paying traffic fines.”

When it was launched, a member of the Dubai police explained:

“These kind of robots can work 24/7. They won’t ask you for leave, sick leave or maternity leave. It can work around the clock.

Robots are being rolled out at multiple train stations and airports. The robots camera’s allow it to recognise faces and “track and follow potential criminals or suspicious people”.

Editor for www.ambroseschoolreport.com View all posts by Jack